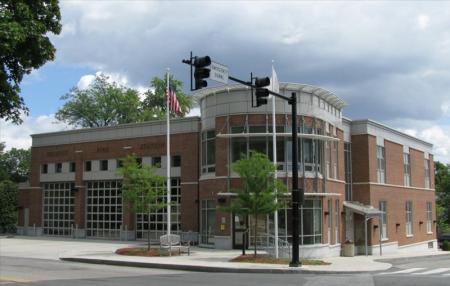 Station 2 is located at 99 Leonard St.in Belmont Center and is home to Engine 2, Engine 3, Ladder 1.
Engine 2 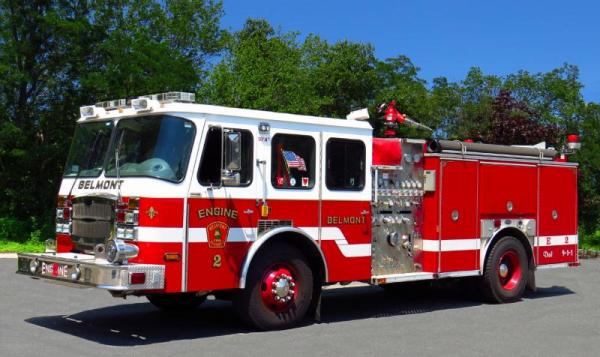 Engine 2 is a 2005 E-One Typhoon 1250 Gallon Per Minute (GPM) Pumper. It is the primary response engine from Station 2 in Belmont Center and is manned at all times by a crew of 3 firefighters. Photo Courtesy of MassFireTrucks.com
Engine 3 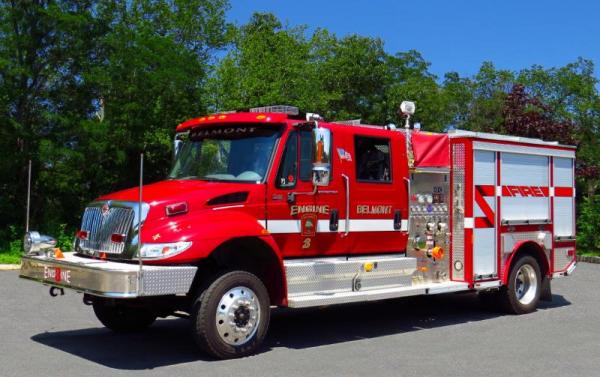 Engine 3 is a 2008 International / E-One 1000 Gallon Per Minute (GPM) Pumper. As it is equipped with 4-wheel drive, Engine 3 is a primary response vehicle for emergencies occurring off-road or during inclement weather. In addition, it serves as the secondary pumper in Belmont Center and is often utilized in place of one of the Department's primary apparatus when they are out of service. Photo Courtesy of MassFireTrucks.com 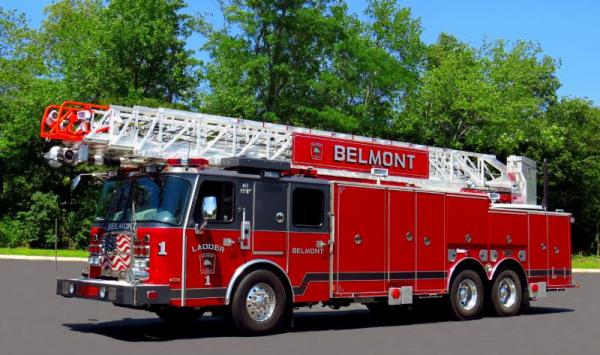 Ladder 1 is a 2014 E-One Cyclone II 110' Rearmounted Ladder Truck that responds from the Belmont Center Station and is staffed at all times by a minimum of two firefighters. Photo Courtesy of MassFireTrucks.com
Ladder 2: 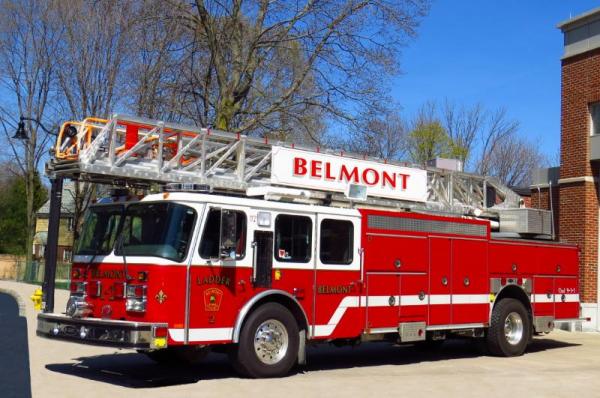 Ladder 2 is a 1999 E-One 110' Rearmounted Ladder that served as Ladder 1 from 1999 until 2015. It is Belmont's spare ladder truck and is utilized in the place of Ladder 1 when that vehicle is out of service. Ladder 2 is fully equipped to also be used for fire details, special events, major emergencies, and training.